Being An Alpha-1 Carrier – Mary’s Story 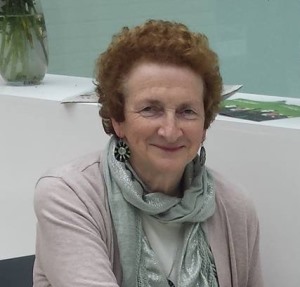 In 2005 I started to attend Pilates classes as my back had begun to grumble again and I knew that the exercises would be helpful. I soon realised that when I had to lie on my back or on my left side and do the recommended breathing for the exercises that I had a wheezy and noisy breathing pattern.

I was also aware that I usually began to cough after the class started and that no one else was coughing. Eventually after some investigations over a few months in the Spring of 2006 the consultant initially diagnosed asthma. He changed that diagnosis some time later to COPD. I have been using inhalers since then.

In the early months of 2009 I was admitted to hospital complaining of a severe headache. As my sister had a brain haemorrhage the previous year I was put through a series of tests. The pain subsided and I was lucky that nothing serious was found. When I was being discharged some days later the consultant mentioned that there was a query about a blood result showing a liver issue. I said that having had jaundice over 30 years earlier I had always assumed that these odd liver blood results were because of that. He said that he could not afford to assume that and that I should not assume that either. I then mentioned to him that I had read about Alpha-1 in someone with COPD and liver problems in the Irish Times Health supplement some months earlier and at the time of reading it I had wondered about myself and if it had anything to do with me. He said he could have that checked out. I did not follow up on this with the consultant.

On 22nd February 2012 when I answered the phone at home Dr. Kevin Molloy introduced himself as a doctor from Beaumont Hospital. He told me that I was an Alpha-1 carrier, with the MZ phenotype. He asked what I knew of Alpha-1 and as I tried to remember what I had read 3 years earlier he explained something about the condition of being a carrier. I had a fair idea of where I might find the Irish Times article and I found it later that evening. Needless to say I re-read it with a greater interest then. Dr Kevin recommended that my family should be tested. This meant my five adult children and three brothers and two sisters (One brother had died suddenly in 1982 aged 34 years.). Some weeks later two of my brothers, one sister and two sons and one daughter who all live in or around Sligo gathered to be tested by Dr Kevin. Some remaining family members had yet to be tested.
We have learnt from those tests that I am not the only one in the family who is a carrier and those of us who are carriers are all learning more about being a carrier. It was confirmed that it came via my mother’s side of the family so I began a one woman information campaign to let all my many first cousins know about Alpha-1. My late mother was one of seven. Between them they had over forty offspring so I made a point of informing at least one cousin in each family over a number of weeks and asked them to inform their brothers and sisters and direct them to the website. As I have three grandchildren now and as some of those cousins are now grandparents the knowledge that this is in the family is very important.

Some months away from that phone call in February 2012 what has changed for me as a result of knowing that I am an Alpha-1 carrier?

When I was having the lung function tests in early 2006 the staff doing the tests were surprised to learn that I had never smoked. However when I told them that I had been exposed to passive smoking during my teenage years while serving in the bar of our small seaside hotel and also as many of my friends smoked at that time we presumed that my difficulties arose from passive smoking. Now I know that may not be the reason. I surprised myself recently by politely telling a smoker that I needed to stay away from him and this was outdoors!

Forgotten memories have come to the fore. Childhood memories have been reawakened and I realised that plenty of smoking took place in our tiny kitchen when I was a child. My father and his visiting friends smoked while we were playing there. A sister of my fathers who lived with us for years smoked many cigarettes over those years! I remember being a member of my school choir singing at our local Feiseanna and having to slip off the bench while singing as I began a bout of coughing and was struggling to breathe. I remember the piano teacher who left the room and left me to my own devices if I began to cough. I had been told that I had whooping cough when I was less than three months old and that my parents and the GP thought that I would not survive. As their first pregnancy had ended in a stillbirth my early months of life must have been a very anxious time for them. I thought my efforts to take in air when I had a cough were connected to my early bout of whooping cough.

I remembered my doctor’s surprise when I developed jaundice in the early nineteen seventies. He told me that he would have expected to hear of others who had it but I was the only one in town. He said it usually presented in clusters. Was it due to my carrier status? I have always had sinus problems. I went to hospital with suspected meningitis when our first child was about three months old. It was a sinus infection. Am I more prone to sinus infections because I am a carrier? I may have a lot of learning to do over the next few years. Meanwhile I spread the word about Alpha-1 both within the family and in those whom I meet day to day. Some time ago I met a young woman as we had to spend about 10 minutes together on a project. I was immediately conscious of her breathing so I asked her about it. She was on several inhalers. I told her to check the Alpha 1 website and talk to her doctor. We needed an extension of our ten minutes!

When Dr Kevin Molloy spoke to me on his first phone call he was worried that he was throwing all this information at me. My response was that it was good thing be aware of and to know about. If my parents had known about Alpha-1 they would not have exposed us to cigarette smoke or any other environmental hazards. My mother who died in 2006 would have known why she sometimes had coughing and could not breathe. She told us that when coming around after surgery and a full anaesthetic she was coughing and trying to get her breath. She said that the resuscitation team were angry with her and said “you never told us you had asthma.” She said to them when she was able to breathe that nobody had ever told her that she had asthma. I still feel that it is better to know about Alpha-1 and about being a carrier.