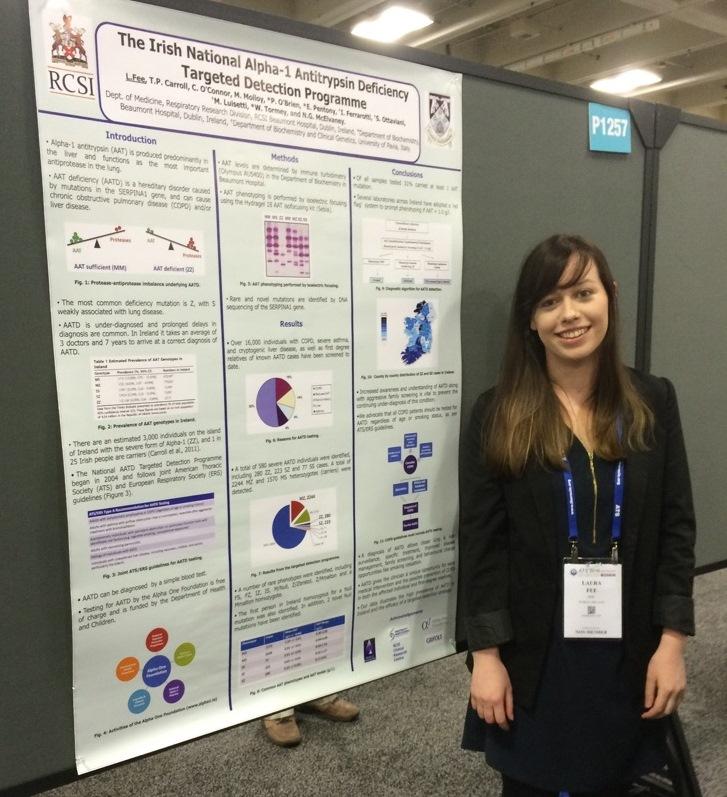 The US Alpha-1 Foundation announced its 2016 grant awardees on Monday, May 16 during a reception at the American Thoracic Society (ATS) International Conference in San Francisco.  The 14 grant recipients will receive a record total of $1.9 million for their projects.  Among the award recipients were two Irish Alpha-1 researchers, Professor Gerry McElvaney and Dr. Emer Reeves, who are both based at the RCSI Smurfit Building in Beaumont Hospital. 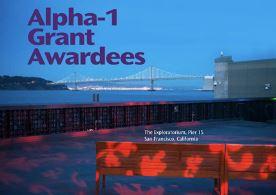 Professor McElvaney received funding to study the risk of lung disease caused by a particular type of alpha-1 antitrypsin deficiency (AATD) called SZ AATD.  This will be a family based study looking at the risk for COPD in people who are born with 1 copy of the S and 1 copy of the Z variant.  Dr. Reeves received funding to look at how platelets behave in people with AATD, and also explore how platelets interact with neutrophils, the important white blood cell which helps to fight off infections.

At the same conference, the Irish Alpha One Foundation presented findings from the national AATD targeted detection programme.  So far the national screening programme has detected over 500 people with the severe form of the condition (ZZ or SZ) and over 2,000 people who have a milder form of deficiency (MZ).  A further group have been found to have rare variants (for example F, Mmalton and Null) which can also cause lung, liver, and skin problems.  The conference was an excellent opportunity to meet others working in the field of AATD and share knowledge and experience.